Flexjet’s year-to-date flight operations in the U.S. have been carbon-neutral and those in Europe have been carbon-negative through its partnership with 4AIR and at no additional cost to its customers, the fractional provider announced today. Flexjet has been purchasing verified credits via 4AIR that fund solar, wind, and other projects that offset carbon emissions from its flights. (Source: AINOnline)

Flexjet is going carbon neutral with no surcharges to customers, including a 300% offset pledge in Europe. The move comes via a partnership with 4AIR, the rating system focused on sustainability in private aviation. (Source: Private Jet Card Comparisons) Flexjet has expanded its private terminal network with a facility in the Clay Lacy executive complex at Van Nuys Airport in California. The facility is one of four private terminals that the company has established for its customers. Flexjet also provides private terminals in White Plains, New York; Naples, Florida; and West Palm Beach, Florida. (Source: Business Jet Traveler)

Close to the core mission of flying you someplace and saving you time and hassles was Flexjet’s announcement it had opened a private terminal for its customers at Van Nuys Airport in Los Angeles. (Source: Forbes)

With its January acquisition of Mountain Aviation, Wheels Up is neck and neck with Directional’s Flexjet as the second-biggest for-hire operator of private aircraft in North America. In February, Directional said it had acquired Associated Aircraft Group (AAG), which sells fractional shares and jet cards on a fleet of helicopters in the Northeast U.S. (Source: Forbes)

Flexjet expanded its private terminal network with a facility in the Clay Lacy executive complex at Van Nuys Airport in California. The facility is one of four private terminals that Flexjet now has for its customer base, also including at White Plains, New York; Naples, Florida; and West Palm Beach, Florida. In addition, Flexjet is planning to open two more this year—at Dallas Love Field around the third quarter and at Teterboro Airport in New Jersey later in the year. (Source: AIN Online)

Flexjet Tip: When bringing your pets onboard, make sure to pack items with familiar scents of home to keep them at ease. #FlyDayFriday 🐾 #PetsOnJets 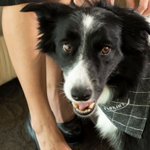 Takeoff with the leaders in midsized aircraft, our Flexjet #Embraer #Legacy450 & the #Praetor500.
To achieve a quieter flight, these jets utilize more than double the standard amount of sound-dampening insulation. The extra layers allow our Owners to enjoy a more relaxing flight. 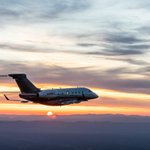 The #Praetor600's Active Turbulence Reduction smooths out every single trip, whether it's from London to Washington D.C. or Moscow to Lagos.

Learn more about this exceptional aircraft by visiting https://t.co/5ClJ1AxgD0. 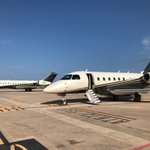 When flying #RedLabelByFlexjet, a younger fleet means the most fuel-efficient and technologically advanced aircraft available - available at no other fractional provider. 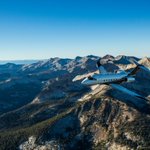 #Flexjet is the first and only private jet provider to have earned the Federal Aviation Administration’s (FAA) coveted Diamond Award of Excellence for 22 consecutive years. 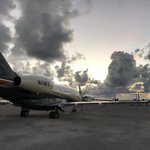 #Flexjet’s sales vice presidents will help you determine which aircraft, which program and how many hours are right for your private travel needs. Visit https://t.co/1qhhiMhQK7 to make an appointment with one. 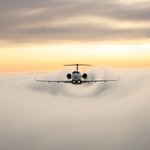